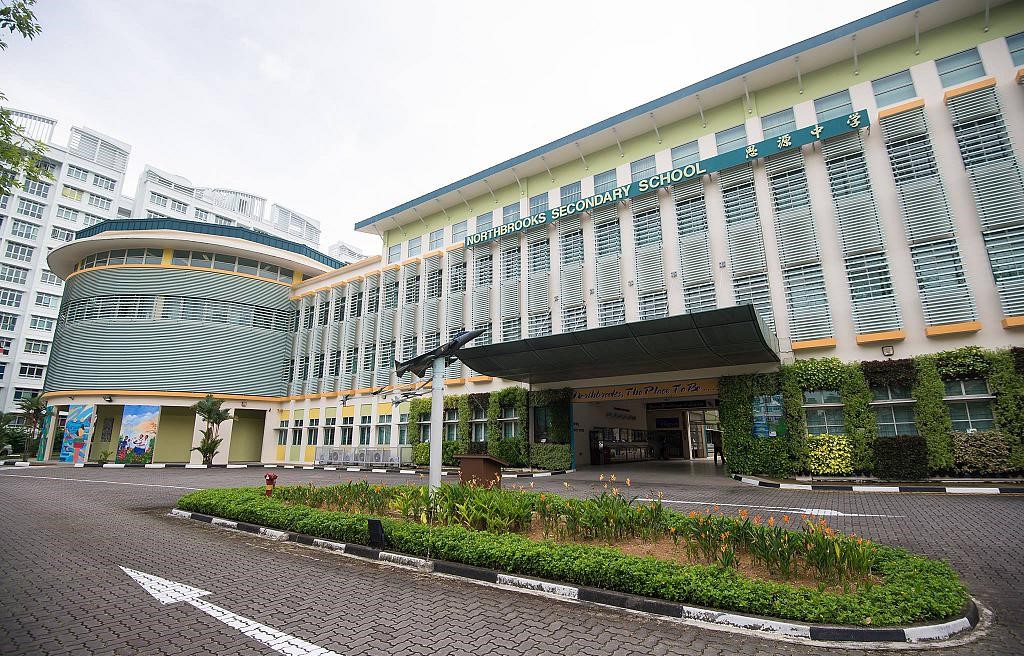 In 2020, the Northbrooks Secondary School Physical Education (PE) department collaborated with The Positive Movement on a yearlong project to study on the effects of Positive Psychology Interventions (PPI) on students’ levels of emotional awareness and ability to work with their emotions.

6 classes of Secondary 3 students were chosen to be part of the study due to the age appropriateness for the scope of the project. Volleyball was also chosen as the common sport across all Secondary 3 classes as it was a new sport to most of the students in the school. 3 classes (2 Express classes and 1 Normal Academic class) were assigned as control classes and 3 classes were assigned as targeted classes. (1 Express class, 1 Normal Academic class and 1 Normal Technical class)

The project was broken into 3 phases.

As part of the PE department’s professional development, PE teachers went through 3 customized workshop sessions that leveled up the department’s capacity in the area of Positive Psychology. The content of the 3 workshops were designed to suit the department’s needs.

Phase 2 - Collection of data and introduction of Positive Psychology Interventions

10 sessions of Positive Psychology strategies were crafted and then infused into the Volleyball curriculum to be carried out by the PE teachers of the 3 targeted classes as shown in the table below.

3 chosen PPI (Emotional Thermometer and Palette, Positive Emotion Diet and Strength Spotting) were selected and gradually introduced across the 10 sessions. The other 3 control classes carried out their Volleyball curriculum as they normally would.

A self-perception survey consisting of 6 questions was designed by The Positive Movement and administered to all the Secondary 3 students during the pre-intervention and post-intervention stage. Students rated their quantitative responses to their questions on a Likert Scale of 1 (Strongly Disagree) to 5 (Strongly Agree).

Although the research was intended to be of a quantitative nature, the team thought that it would be meaningful to get some qualitative data to deepen the understanding of what happened during the intervention. As a result of this, a focused group discussion was designed and carried out as well.

A paired-sampled t-test was conducted on both targeted and control groups pre and post intervention. The significance level used was 0.05.

A paired-sampled t-test was conducted to a target group of students with 76 observations to compare their perceived emotional awareness before and after intervention. There was a significant difference in responses for before (M=14.2, SD=9.14) and after (M=15.7, SD=6.84) with p = 0.00157. These results suggest that the intervention had a positive effect on the students’ emotional awareness.

A paired-sampled t-test was conducted to a target group of students with 76 observations to compare their ability to work with emotions before and after intervention. There was a significant difference in responses for before (M=6.57.2, SD=2.73) and after (M=7.43, SD=2.92) with p < 0.0001. These results suggest that the intervention had a positive effect on the students’ ability to work with emotions.

A paired-sampled t-test was conducted to a target group of 76 students to compare their ability to identify, regulate and shift emotions before and after intervention. There was a significant difference in responses for before (M=20.8, SD=15.5) and after (M=23.2, SD=15.7) with p < 0.0001. These

results suggest that the intervention had a positive effect on the students’ ability to identify, regulate and shift emotions.

The above data generated suggests, with reasonable confidence that the interventions the

department took proved to have a positive impact on students’ ability to identify, regulate and shift their emotions to a large extent.

Aside from the quantitative data gathered, it was also meaningful to learn about the following points gathered from the focused group discussions.

feature
Positive Education: Teaching Well-being in Schools
Schools in the 21st century play more complex roles in educating the young. More than moulding minds, schools bear an increasing responsibility in cultivating the character and well-being of the students who come to their fold.
Read More >
feature
Purpose and Meaning for Singaporean Society: The Impact of the Future of Work on Individual Purpose and the Role of Education
This study focuses on diverse Singaporean societal leaders’ views about the future of work and education in terms of meaning and purpose, in the context of the impact of the 4th Industrial Revolution and disruptions in the workplace and society. It contains these leaders’ expectations for the future and their recommendations for educational change. More significantly, it contains insights on how to anticipate and plan for these disruptions and their ramifications for the future wellbeing of Singaporeans.
Read More >
feature
Positive Parenting Pentagon: A Child’s Journey to Purpose
This paper attempts at coming up with a system/framework through a foundation that will be relatable to children through their key developmental stages, from infancy to adolescence. Suggestions provided in this paper are supported by empirical pieces of evidence. Parents are advised to practise them on a best effort basis. There is ample freedom to choose timelines suited to the varying developmental milestones in children but might not be suited for special needs children. Being respectful of diverse cultural environment, the impetus is on the need for utilising the hard work done by researchers, scientists and academicians who are working on pieces of evidence on happiness to creating a good life for people.
Read More >
Insight
Pursuing Wholeness
As we look forward to a new school year, my heart is filled with both gratitude and wonder, and a strong sense of pride at the many accomplishments and impact our schools are making in our community.
Read More >
Feature
False Dichotomies In Positive Psychology and How Chinese Philosophy May Help
False dichotomies are evident in conversations around happiness and the good life. “Do I want to be an optimist OR a pessimist?”, “Should I focus on my strengths OR weaknesses?”, “Must I pursue happiness for others OR can I pursue happiness for myself?”. To address such questions, one can consider anchoring on key tenets in the Chinese tradition and applying the science of well-being to take pragmatic steps towards flourishing.
Read More >
Feature
Nurturing Resilience through Ordinary Magic
In a recent article on resilience written for the National Institute of Education’s journal, Dr Imelda Santos Caleon unpacks the complex concept of resilience and provides an overview of the more than five decades of research on this concept.
Read More >
Insight
Psychologically Safe Schools
There have been several global reports on mental health that we have been made aware of and repercussions of which we are observing in our local contexts, of a radical shift in the psychological state of children, teachers and families.
Read More >