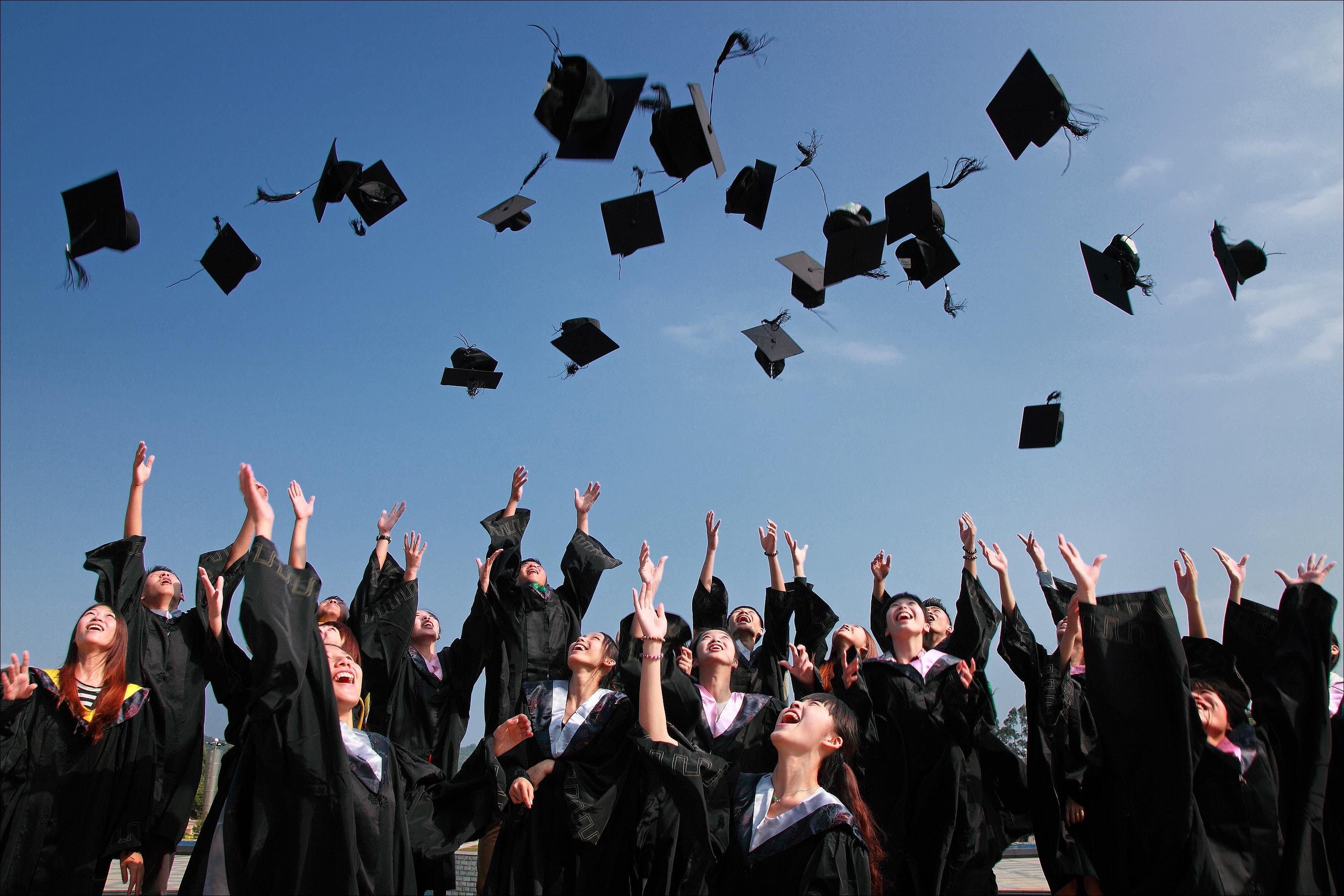 Schools in the 21st century play more complex roles in educating the young. More than moulding minds, schools bear an increasing responsibility in cultivating the character and well-being of the students who come to their fold. To this end, a new model of education—positive education—serves as a useful framework.

Positive education applies the key tenets and approaches of positive psychology in educating students. Positive psychology is a movement within psychology that concerns itself with promoting the positive aspects of human functioning (Gable & Haidt, 2005), such as positive emotions and experiences, and human strengths and potentials. Researchers and scholars who support positive psychology are interested in the factors, processes and conditions which lead to happiness, flourishing and fulfilment (Seligman & Csikszentmihalyi, 2000). In recent years, many scientific studies have focused on developing and evaluating approaches that can increase human happiness or well-being (e.g., Bolier, Haverman, Westerhof, Riper, Smit, & Bohlmeijer, 2013). Understanding and developing one’s character strengths has been deemed one of the key approaches to achieve this goal.  Other known evidence-based positive psychology approaches feature savouring of positive experiences, gratitude reflection and expression, enhancing task engagement and flow experience, facilitating the construction of meaning in life, and forging and maintaining warm and caring relationships (Schuller & Parks, 2014).

Taking advantage of current advancements in positive psychology, positive education operates towards the main goal of teaching the skills for academic learning and well-being (Seligman et al., 2009). Just like problem solving or critical thinking skills, which are essential in dealing with school tasks, supporters of positive education believe that the skills of well-being (e.g., maintaining positive emotions, mindfulness, rebounding from negative experiences, down-regulating negative emotion, adopting a growth mindset) are malleable and teachable. Burgeoning empirical evidence suggests that teaching the skills of well-being can make a difference in the life and existence of students, as well as teachers (Seligman et al., 2005). It has also been found that “increases in well-being are likely to produce increases in learning, the traditional goal of education” (Seligman et al., 2009, p. 294).

With the increasing prevalence of mental health problems among young people, positive education can be regarded as timely and relevant. In the US, the teen years mark a critical period in the onset of depression and rising depression trajectories (Hankin, Abela, et al. 2015).  In Singapore, although a survey conducted in 2003, which involved 908 families, indicated that the well-being (i.e., positive relationships and happiness level) of the younger age group is generally positive (Shum-Cheong et al., 2008), a research report published in 2007 indicated that a substantial percentage (12.5%) of a large sample of Singaporean children (2,139) reported emotional or behavioural problems (Woo, et al. 2007). An increase in the number of stressed out children and adolescents has also been reported recently (Teo, 2017). In another study, low level of perceived life satisfaction and elevated level of self-reported depressive symptoms, on average, were reported by a small sample of (N=134) of early adolescents attending one school in Singapore (Low, King & Caleon, 2015). It can be surmised from these studies that cultivating well-being, alongside the teaching of academic skills, is a vital goal for schools, in which the youth spend nearly half of the active portion of their daily lives.

Implementing positive psychology activities and programmes as part of positive education can yield productive outcomes in the affective, social and cognitive realms.  These programmes are developed on the basis of research findings suggesting the positive association between intentional activities and well-being (Lyubomirsky, Sheldon, & Schkade, 2005) and between well-being and school-related outcomes (Gillman & Huebner, 2006). Students with higher life satisfaction (a component of well-being) tend to have higher achievement and are more likely to continue schooling (Frisch et al., 2005). Well-being is not only positively correlated with school outcomes but also has a long-term influence on life trajectories. Students with higher life satisfaction were found to have higher school grades, more positive attitude towards school and higher levels of engagement in school (Gillman & Huebner, 2006).  De Neve and Oswald (2012) found that well-being measured among adolescents positively predicted income 10 years later, even after controlling for education, intelligence quotient, physical health, height, and self-esteem. A longitudinal study by Smith and Smith (2010), which followed children over the course of 40 years, found that those who suffered from depression early in life had lower incomes (i.e., 35% decrease in lifetime income), lower educational attainment, and more absences at work. Diener et al. (2002) reported that happier freshmen college students, compared to their less happy counterparts, tended to earn more income and have higher life satisfaction 19 years later.  Noting that well-being not only affects overall learning but also future life outcomes of students, it is imperative that issues pertaining to the cultivation of students’ well-being be addressed head-on.

Schools that adopted a positive education approach were found to reap encouraging rewards. For example, in Geelong Grammar School (Australia), which is a pioneer school in terms of adopting school-wide application of positive psychology principles, the use of strengths-based language was observed among students, and school faculty and staff; and improvements in students’ conflict resolution and individual flourishing have also been detected (Williams, 2011). In Israel, the results of an experimental study conducted in Maytiv School, which compared the effects of the implementation of a one-year positive psychology intervention throughout the school with the no-intervention control condition, indicate the benefits of the intervention in terms of decreasing students’ anxiety level, depressive symptoms, and general distress; and increasing students’ self-esteem and self-efficacy (Shoshani & Steinmetz, 2014).

The essence and goals of positive education have been embedded implicitly in the Singapore education curriculum, and explicitly in the formal and informal learning programmes of several schools. Just as positive education highlights the cultivation of character strengths and positive relationships, the Character and Citizenship Education (CCE) curriculum, which has always been at the core of the Singapore education system (Singapore Ministry of Education, 2014), underscores the teaching of key values (e.g., respect, responsibility, resilience, and care) and socio-emotional competencies (e.g., self-awareness, self-management, and relationship management). Some schools have also started to harness the evidence-based principles and strategies of positive psychology as a component of and/or supplement to their CCE curriculum.  For example, Da Qiao Primary School, in its Learning for Life Programme, utilised positive psychology strategies to foster character strengths, resilience and mindfulness among their students. In Westwood Secondary School, well-being serves as one of the main components of its student development programme. Hwa Chong Institution has developed and has been implementing an intensive well-being programme to support students’ holistic development. Westwood Primary School went a step further by placing positive education at the heart of its mission and vision. All of these sporadic efforts serve as a promising springboard for a more coherent and coordinated local efforts to adopt positive education as a framework to create a school culture that prioritises the flourishing of students.

Some Caveats in Implementing Positive Education

The term “positive” in positive psychology often seeds the misconception that it is merely concerned with the promotion of positivity and happiness, to the point of advocating the creation of a Pollyanna disposition, which predisposes an individual to see the world through a rose-coloured glass  and to be oblivious to negativity and suffering. The key tenets of positive psychology, which are applied in positive education, do not imply the disregard or denial of negative emotions, problems and difficulties. Advocates of the positive psychology movement are cognizant of the adaptive roles that the negative aspects of human existence play in life. One of their research agenda is to develop approaches that can facilitate more frequent and prolonged experiences of positive emotions relative to negative emotions.

But beyond this emphasis on positive emotions, positive psychologists also emphasize factors and processes that cultivate meaning, purpose and self-fulfillment. In doing this, they also acknowledge that the road leading to a fulfilled and meaningful life may not be pleasurable but instead accompanied by pain and sacrifice. Positive psychologists also find ways to reduce the potential debilitating effects of negative emotions and adverse situations or help individuals to channel negative experiences into opportunities for growth, such as what is being done in resilience research. Positive psychology also offers potentially effective alternative or supplementary approaches in treating behavioural and mental health problems, but it does not discourage individuals experiencing such problems to access evidence-based treatments that were specifically formulated to address what needs to be fixed.

The “positive” in positive psychology and positive education corresponds to the renewed and stronger interest on human potential and well-being rather than on weaknesses and deficits. Within the confines of the school, this translates to richer conversations and more comprehensive efforts in fostering holistic development and flourishing of students.

among early adolescents in the primary care setting: a randomized controlled study of the

Teo, J. (2017, March). More children and teens are stressed out. The Straits Times, retrieved from http://www.straitstimes.com/authors/joyce-teo

Story
Weaving Joy – Beyond the DQ Experience
This is a reflection piece and best read after you have viewed the Da Qiao (DQ) Story video as well as browsed through “Weaving Joy” – a DQ publication to capture the tapestry and threads of joy before its merger in December 2018.
Read More >
Story
Positive Education at Da Qiao Primary School
Seven years of exploration in the field of PosEd to bring wellbeing to the fore of teaching and learning has created a common language that has strengthened the bond between staff and students at Da Qiao Primary School.
Read More >
Feature
The Case for Contentment
According to Daniel Cordaro, contentment is our felt sense of unconditional completeness regardless of circumstance. It is an emotion that sits at the deepest core of human wellbeing and is foundational to the experience of fulfillment in life. Contentment is available to us at any given moment.
Read More >
Insight
Pursuing Wholeness
As we look forward to a new school year, my heart is filled with both gratitude and wonder, and a strong sense of pride at the many accomplishments and impact our schools are making in our community.
Read More >
Feature
False Dichotomies In Positive Psychology and How Chinese Philosophy May Help
False dichotomies are evident in conversations around happiness and the good life. “Do I want to be an optimist OR a pessimist?”, “Should I focus on my strengths OR weaknesses?”, “Must I pursue happiness for others OR can I pursue happiness for myself?”. To address such questions, one can consider anchoring on key tenets in the Chinese tradition and applying the science of well-being to take pragmatic steps towards flourishing.
Read More >
Feature
Nurturing Resilience through Ordinary Magic
In a recent article on resilience written for the National Institute of Education’s journal, Dr Imelda Santos Caleon unpacks the complex concept of resilience and provides an overview of the more than five decades of research on this concept.
Read More >
Insight
Psychologically Safe Schools
There have been several global reports on mental health that we have been made aware of and repercussions of which we are observing in our local contexts, of a radical shift in the psychological state of children, teachers and families.
Read More >