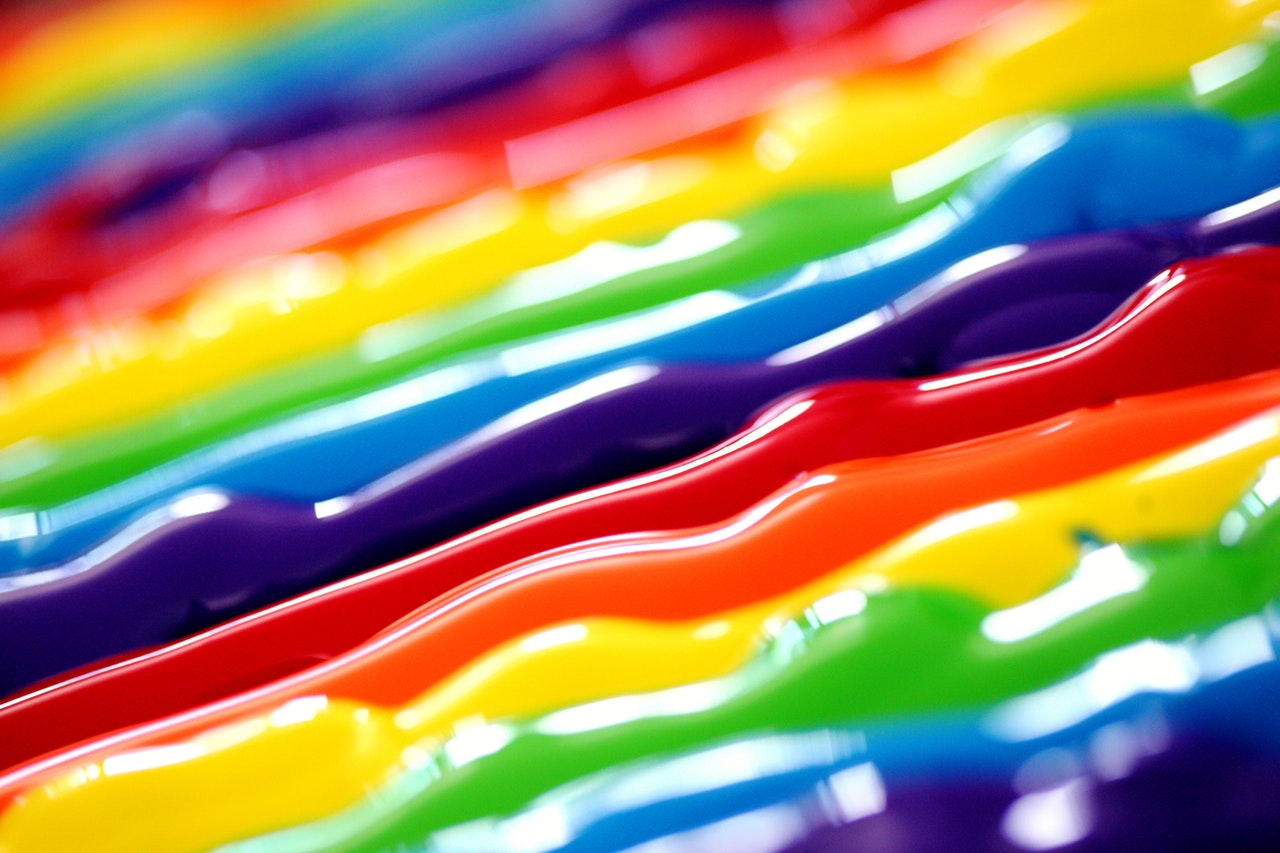 The School of Positive Psychology

Stephen Lew is Founder and Executive Director of The School of Positive Psychology, a Singapore-based higher education institute that offers psychological training programs for academic, professional and corporate development. Speaking with the Singapore Positive Education Network (SPEN), Lew discusses the why behind the school’s foundation, challenges faced along the way, the significance of positive psychology and finally offers advice to corporate leaders and organizations on how they can create a thriving workforce and environment.

“I set up The School of Positive Psychology in the year 2007 because I was very motivated to bridge the gap of mental health I recognized in the Singaporean society,” Stephen said. “One pivotal event that gave birth to the idea was my visit to the Institute of Mental Health (IMH) in Singapore in 2005. Along with my colleagues, we were admiring the hospital facilities. I was alarmed to hear the Public Relations officer report that the World Health Organization (WHO) had predicted that by 2010, the main disease of the world would not be cancer or heart diseases, but rather, depression, mental illness and suicide. As a result, IMH was building new infrastructure to meet the predicted surge of mental health patients.” Stephen added.  He said that he was disturbed by this news, and could not stand the thought of his friends, family and loved ones being at risk of having mental health issues and in the worst case, thoughts of suicide. Consequently, Mr. Lew embarked on a journey to look for education and training organizations and agencies that champion wellbeing, but to his disappointment, found none.

“Being the stubborn and determined person that I am, I always see an idea that I strongly believe in through to fruition. Since I could not find any organization that championed wellbeing, I started my own educational institution, and that is how The School of Positive Psychology was founded,” he concluded.

Work of The School of Positive Psychology (TSPP) and Impact

Mr. Lew shared that he started the school as a registered higher education institution, which meant that it falls under the private education sector. The mission of the school is to train students to become accredited positive psychology practitioners and thought leaders. The school mainly focuses on adult education, from working professionals to people who have left universities and are searching to increase wellbeing and meaning for themselves and others.

“Our students come to school at least once or twice a week between Monday and Friday from 7 pm to 10 pm, and on weekends from 9 am to 6 pm. Most of them are aged between 30 to 50 years, although we do have a few in their early 20s and retirees in their late 70s”.

TSPP provides accredited positive psychology and psychotherapy education to people from various work disciplines including human resource, training and development, education as well as people in general who seek to use the science of positive psychology to make a difference in their organizations. Stephen accentuated that what sets his institute apart are mainly two reasons – first, their strong partnership with the authorities of positive psychology from the United States of America and Europe, and secondly, their strength in having an inclusive educational ecosystem culture.

Stephen stated that many Asians go to the USA to further their positive psychology training only to realize that many interventions learnt there are not as relatable to their countries due to cultural differences. Therefore, TSPP aims to train Singapore’s own practitioners, and create local interventions for the nation and to propagate wellbeing practices to the rest of the Asian region. The second factor that sets TSPP apart is that TSPP builds an inclusive ecosystem where their students come back after graduation to collaborate on projects that impact the society meaningfully by bringing progressive wellbeing practices to workplaces, schools and communities. Since the inception of the school, Stephen said that they have trained up to 1,500 students and graduates in longer positive psychology, and 18,000 to 20,000 people in shorter professional programmes at workplaces, through engagements with companies and public training events. The school also has a presence in Hong Kong, the Philippines and Japan, although in these countries, people are more inclined to learn through corporate training.

“My pain helped me become more curious and compassionate.”

On a personal level, TSPP’s founder shared that a trauma he faced at a young age resulted in him suffering from attention deficit and depression. “Growing up, I could not concentrate well on my academic studies due to attention deficit, and I asked deeper questions about the meaning of life, including why we are born to suffer. It was through these questions that I managed to interview many people from all walks of life. The quest of meaning and wellbeing became my philosophy, and without realizing it, I started my journey of psychology and counselling. Positive psychology helped me to gain and integrate diverse perspectives; I looked for meaning and purpose and developed problem-solving skills to tackle depression and mental illness. I learnt to be optimistic, to be resilient and apply wellbeing in the most practical ways. My pain helped me become more curious and compassionate when working with diverse people fighting depression and traumatic events.”

Convictions on the Importance of Wellbeing

When asked about his personal convictions on the significance of positive psychology, Stephen pointed that half a century ago, positive psychology would not have been much of a necessity. We are currently in an era with rapid technological advancements with internet of things and artificial intelligence. Nevertheless, it seems to suggest that the wellbeing of the world has not improved, and the mental health of the world is plagued with higher numbers of addiction and medication. Levels of wellbeing have reduced significantly, and many people in first world countries are unhappy. As we work every day and think of money and survival, we are prone to experience a lot of fear and anxiety. Now, more than ever, positive psychology has become a necessity rather than a luxury. “We are not saying that Positive Psychology is the panacea to human problems, but it helps to build a mental and psychological immune system for people, which is crucial,” he said. “A person who learns positive psychology is more informed of their emotional intelligence and resiliency and will likely know when to seek support. Many people, especially men, have been programmed by society to ignore their feelings and to be strong. However, using the science of positive psychology, we learn that what makes a person strong is when they can embrace and express their emotions. We are also teaching men and women that positive psychology is not only concerned with positive emotions such as joy but is holistic in helping people be aware of the importance of negative emotions, for instance, when to be angry, sad or afraid,” Lew added.

Stephen Lew insists that leaders have a responsibility to create a psychologically safe environment for their staff. He says that organizations should be inclusive and invest in effective well-being programs for their workers. Lew recommends two weekly meetings by leaders for their staff. One meeting is work-related, and the other one is an emotional “check-in” meeting. The second meeting should strictly be about checking on the well-being of staff, how they can be assisted and how they are feeling. Leaders need to courageous to take the first step to express personal vulnerability to encourage others to do so. Not only does this create a human connection among members, but it also gives workers the space to weigh their emotions and feel listened to and be supported.

Another piece of advice to corporate leaders is that they should integrate values of positive psychology into their mission and vision. According to Stephen, if a company wants to build an engaged and thriving workforce, they ought to be meaningful and engaging as an organization first. “Many organizations go into the Corporate Social Responsibility (CSR) space to show their care for the world, when in reality, it is usually for the sake of PR. As leaders, it is important for organizations to not simply earn money but contribute to environmental and social initiatives as this is how they can create meaningful work environments. Staff will feel they have achieved something greater working for the good of society. In case of any sort of crises like the current COVID-19 pandemic, purpose-driven companies will always be sustainable,” he stressed further.

The founder of TSPP hopes that positive psychology will be more accessible to everyone in the future. The current mission of TSPP is to create accredited positive psychologists who will go back to their communities to teach, hence reaching a broader base of people. Currently, Stephen says that positive psychology is still related to elitism and is usually offered in top universities which are expensive. He hopes that through TSPP, positive psychology can ultimately be accessed and embraced by everybody in the Asian region. He also hopes that by 2030, TSPP can empower people on a more significant level and train at least 200,000 practitioners in Singapore and create similar numbers around the East Asian region. He ends with an aspirational note, “We are custodians of our world; therefore, we can create a better world for our future generation.”

To find out more of what TSPP does, check out their website at https://www.positivepsych.edu.sg/

Founder and Executive Director of The School of Positive Psychology

feature
Enhancing Positive Peer Relationships through the Teaching of History in the Upper Secondary Classroom
This article focuses on enhancing positive peer relationships in upper secondary students, in an effort to enhance interconnectedness within a class, and promote a collective learning style towards meeting this psychological need.
Read More >
Review
Different Frameworks for Character Education
To help educators access available resources on character education and appreciate the application of character strengths in promoting well-being in our students, here are a few useful sites that are worth exploring.
Read More >
Review
Balanced Use of VIA Character Strengths
We are all trying in our various ways to stay afloat amidst our fair share of challenges. And especially in troubled times like these, we need to remind ourselves of two important things: our uniqueness and the fact that we have a choice.
Read More >
Insight
Difference Making at the Heart of Learning
Finding purpose in what they learn, is key to positive education, and students best learn to be confident about the future which can be uncertain, by having the agency to know they can create the future they envision.
Read More >
Insight
Positively Transforming Schools: Building on Resilience and Well-Being
Mentally healthy children are more likely to become mentally healthy adults. Hence, we must strengthen the resilience of our children and ensure they have the capacity to adapt well to adversity and bounce back.
Read More >
Insight
Pursuing Wholeness
As we look forward to a new school year, my heart is filled with both gratitude and wonder, and a strong sense of pride at the many accomplishments and impact our schools are making in our community.
Read More >
Feature
False Dichotomies In Positive Psychology and How Chinese Philosophy May Help
False dichotomies are evident in conversations around happiness and the good life. “Do I want to be an optimist OR a pessimist?”, “Should I focus on my strengths OR weaknesses?”, “Must I pursue happiness for others OR can I pursue happiness for myself?”. To address such questions, one can consider anchoring on key tenets in the Chinese tradition and applying the science of well-being to take pragmatic steps towards flourishing.
Read More >