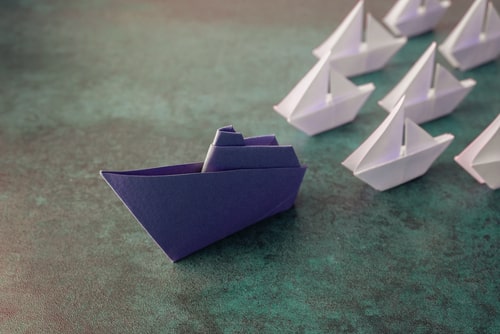 I close my eyes and open my heart,
And listen to the silence that follows
‍
- into silence, Angeline Yap poem (2012)

Many definitions of leadership exist. Most people would agree that leadership involves the process of influencing others to get something done. Leadership ultimately involves human interaction and behaviour. Therefore, an important step in understanding leadership in different contexts is to focus on the drivers of human behaviour.

Leaders face common problems across the world, such as how to organize, motivate and influence others to accomplish organisational goals. A lot of management programmes are hence focused on building skills and competencies in leaders. The cultural congruency view of leadership asserts that cultural forces affect the kind of leader behaviour that is generally accepted, enacted and effective within a society (Arvey et al., 2015; Liden, 2012). Hence behaviour that is consistent with the collective values of the social context you are in will make a leader more accepted and effective than behaviour that contradicts collective values.

I would like to suggest that the idea of being mindful differentiates some of the most effective leaders. In the context of everyday leadership behavior, mindfulness involves comprehension of what is taking place here and now as well as the ability to stay aware of one’s responsibilities by paying close attention to the concerns and needs of one’s followers.  Less mindful leaders often only pay partial attention to the people they come into contact with, and can be perceived as disrespectful and disinterested. To quote Chay et al. (2014), mindful leaders listen, show respect and are supportive. They are motivated by a larger purpose (than their ego) and willing to take decisions that are “right” rather than expedient. Through their authentic values, beliefs and behaviour, they become role models for the development of their staff and help to transform and develop them into leaders themselves.

The etymology of Chinese characters such as leadership, influence and listening corroborates the deep philosophical underpinnings of inspiring leaders. Let me illustrate this through a few Chinese characters and the meaning behind each of the concepts.

In Chinese, the verb “to lead” translates as 领导 (“ling dao”) where 领 (“ling”), the first character, means “to guide”. Therefore, how you guide your people along a path where they have never been before and what you do to scaffold the journey for them is extremely important for your success and theirs.

The second character 导 (“dao” in simplified script) or  導 ( “dao” traditional script) comprises two radicals: 道 (“path or the Tao”) + 寸 (“inch”  as measured traditionally by the span of one’s hand).  From this, we understand that in order to lead or to be a leader, one has to feel the pulse and be in harmony with the moral principle (or Tao) that governs the universe. The mindful leader is both at one with himself and the people he has influence over.

Let us analyse the Chinese script for “influence” which is 影響 (“ying xiang” in traditional form). The phrase is made up of two characters, 影 (“ying”) denoting “shadow, image or reflection” and 響 (“xiang”) which means “echo, resonance or reverberation”. The character 響 (xiang) can be further broken down into the radical

Mindful leaders “listen, show respect and are supportive” and a key trait of a mindful leader is the ability to listen. The Chinese character for “listen” is 听 (“ting”). The traditional script is 聽 which depicts listening as an exercise that involves focus or concerted attention一 (“yi”) using our ears ( 耳 ), eyes ( 目 )  and heart ( 心).

A good leader is hence, one who gives his staff or people around him the same regard and attention as he would give to a king ( 王) and listens with his ears, his eyes and his heart.

Mindfulness is a practice that is espoused by the major religions of the world. In Buddhism, meditation leading to one being aware of one’s own body, feelings and state of mind as well as the presence of objects, other persons and their behaviour is one of the prescriptions in the Eightfold Path toward enlightenment.  For Hindus, the state of mindfulness involves the ability to be detached, so that one can discriminate and discern and act in total self-awareness and keep good “karma”  (desireless action). From a Christian perspective, a believer has to be always mindful in the sense of being aware of his purpose, destiny and calling. The faith of a Christian is undergirded by a belief in a much larger power and reality than what is visible to the eye. And, no one takes meditation and mindfulness more seriously than the Muslims who pray five times a day and fast for a month every year during Ramadan. Fasting is a practice in humility, patience, consciousness and cleansing, as well as a reminder to followers to lead their lives in awareness of God, self and others.

The practice of mindfulness can be formal or informal. Non-religious practices can consist of activities such as self-reflection or individual habits and actions that allow us to fully engage in the present moment such as taking a walk in the park, savouring our food, doing calligraphy or pausing in the midst of a hectic day. Such regular activities can enhance personal effectiveness and will be useful as part of a strategy to develop leaders for society.

In conclusion, the wisdom of traditional philosophies and religions has long advocated that leaders be mindful and in tune with first themselves and the people they wish to lead. Inspiring leaders articulate a larger purpose beyond the daily grind. They also show that the process of getting a job done and the purpose for which it is done are more important than personal advancement and performance.