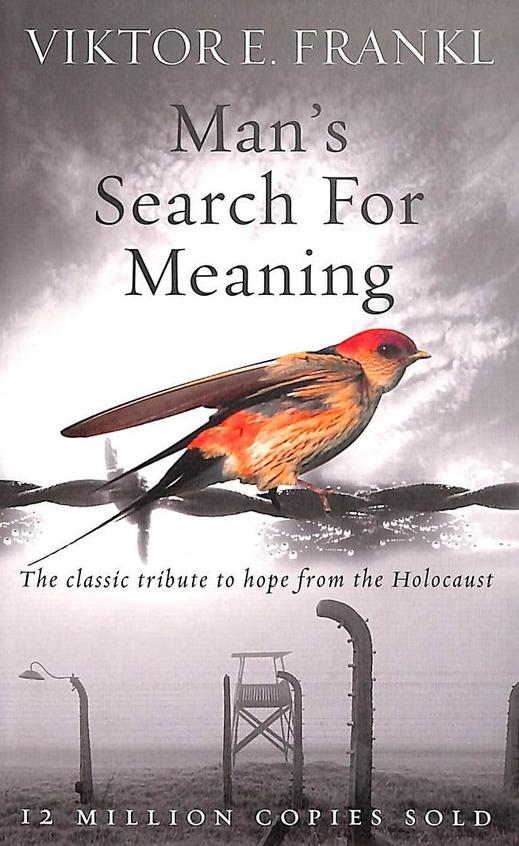 Stories We Live By

Stories We Live By, Stories to Live By

As a teenager growing up in a small town in upstate New York, Dr Mark Baildon had little awareness of or interaction with minority races and marginalised communities. Two novels, in particular, deeply influenced him while growing up. One was a 1922 novel by German writer, Hermann Hesse entitled Siddhartha that depicts the journey of self-discovery of a young man named Siddhartha during the time of the Gautama Buddha. The other was the 1964 classic, Autobiography of Malcolm X, which tells the story of Muslim leader and firebrand, Malcolm X and his fight against the inherent racism in a society that denies its non-white citizens the opportunity to live their dreams. While Siddhartha taught Dr Baildon compassion and the virtue of being open to embrace the world with its attendant joy, pain and suffering, the latter heightened his sensitivity towards social injustice and caused him to be more understanding and empathetic towards those who grew up under conditions very different from his own.

Stories are important because they enable us to better understand the world and ourselves. Cognitive psychologist, Jerome Bruner, referred to the role of stories in helping us to make sense of the world. We can, of course, make meaning through scientific inquiry, classifying and categorising parts of what we know of the world using models or scientific paradigms. Or, as what cultures across the world have done from time immemorial, we can use “narratives” or “stories” to construct reality, find meaning and make sense of our world.

As a professor of Humanities and Social Studies Education, Dr Baildon believes that stories connect and are vital to enhancing a sense of belonging among individuals and communities. History and Social Studies textbooks have a tendency to position governments as key players in a nation’s progress. Citizens and individuals are often positioned as beneficiaries or passive recipients.  Minority groups, indigenous people or women are very often left out of the narrative. If we want to enhance civic engagement and promote active citizenship, we have to ensure different social groups see themselves as active contributors to society in these narratives. This requires educators to collect and include the stories of those who have played significant roles in the history of a country, and let students see themselves as members of their cultural groups and as part of these stories. Such stories can help young people understand the many contributions diverse citizens from all walks of life have made in their communities and their nation’s progress.

“Agency” and “voice” are key to civic engagement, which, in turn, is fundamental to collective well-being. Dr Baildon advocates telling stories that showcase the efforts of young people addressing social issues and caring for the environment or often marginalised groups such as our migrant population. If students are able to take initiative and contribute their views and solutions to local concerns and national discussions, they will feel more empowered and be more meaningfully engaged. This will lead to a greater sense of “hope” and the belief that they can change our world for the better. This process of civic engagement can help young people to use their imagination, be creative and think of new possibilities for their future, and aspire towards a life not simply guided by economic gains but civic and social values that can promote greater well-being in society.

During his trip back to the United States late last year, Dr Baildon participated in Black Lives Matter webinars and events with his daughter. Black women speaking out against social injustice deeply challenged his white, male privilege and caused him to reassess the role education must play to address social issues. Youth-led activism and civic engagement found in climate action groups, such as the Sunrise Movement, was also a source of hope for Dr Baildon. Amanda Gorman’s poem, “The Hill We Climb”, that was read out by the National Youth Poet Laureate during the inauguration of President Joe Biden offers another example of how youth can inspire people across the world. It spoke of a people’s struggle, their triumphs as well as the uphill climb necessary for greater equity and unity in purpose.

Closer to home, Dr Baildon was especially heartened by the stories he had come across of Singaporean youth fighting for “climate justice”, holding placards which encourage us to save the environment. To him, their civic engagement helps to rectify two destructive messages: one, that humans are the centre of existence, separate from Nature; and two, that consumerism is a primary pathway for fulfilment - both of which are self-defeating and detrimental to global well-being.

Dr Baildon referred to the economist Albert Hirschman, who pointed out that in the face of challenges, we have three choices. One is to give up, exit or quit. Another is to demonstrate loyalty and do as told. The third option is to exercise “voice” and speak up or speak out against injustice or unfairness. Oftentimes, it is the people who voice opinions and contrarian views who care the most about an organisation or community. Hence, for an organisation or community to thrive, we should value these voices and not be quick to shut them out. Allowing room for people to present their views because they care for others and want to make their workplace or community better  will lead to a higher level of collective well-being.

Dr Baildon would like very much for teachers to give our youth a voice in their schooling experience. Ask them what will make them more engaged, or what would make their learning more meaningful and joyful. Teachers could bring into the classroom many stories of how other people derive meaning and purpose through work, play, the arts, sports, or being in nature. Stories can be found in dance, music, drama and other artistic or literary genres. Discussions around them can help our students to figure out what is most purposeful and meaningful in their lives and how they can grow and build from where they are. Teachers can also help students find meaning through their own stories and narratives of their own struggles and dilemmas. This can help build connections and positive relationships among teachers and students.

Covid-19 and the Need for Meaning

Young people across the world are struggling because of the disruptions to their lives, plans, career or studies due to Covid-19. The pandemic is robbing many of their vitality and sense of belonging due to seclusion and isolation. Helping young people develop a sense of meaning and purpose in their lives can help them better manage the despair and hopelessness they might feel.  Making this a more central focus of education through stories, caring interpersonal relationships and meaningful discussions about things that matter to young people seems more important than ever.

Research tells us that young people who have a sense of themselves and their future, and who have goals, take less risk with their own lives. Our message to teenagers must be that we all have struggles but can persevere. We can choose how we want to live our life and pursue lives full of meaning and purpose. In the end, we create our own meaning. Meaning is not something that can be handed to us.

For a story that digs deep into the purpose of living, Dr Baildon recommends Viktor Frankl's Man's Search for Meaning. Rated as one of the top ten most influential novels in America, it tells of how Frankl survived his time in a Nazi concentration camp using a psychotherapeutic method that  involved identifying a purpose in life to feel positive about, and then immersively imagining that outcome. According to Frankl, the way a prisoner imagined the future affected their ability to survive.

Education can play a greater role in exploring what Emily Esfahani Smith calls the four pillars of meaning: a sense of belonging and being able to contribute to something greater than one’s self; having purpose in life and work; the power of stories to orient people in life; and transcendence or a sense of deep relationship with the world. Educational explorations of these pillars of meaning can revitalize educational practice and empower students to develop their own lifelong purposes for learning and living. Stories can anchor these pillars.

Let our students tell their own stories. Ask them what their story will be, and challenge them to write the stories they will live by.

feature
Purpose and Meaning for Singaporean Society: The Impact of the Future of Work on Individual Purpose and the Role of Education
This study focuses on diverse Singaporean societal leaders’ views about the future of work and education in terms of meaning and purpose, in the context of the impact of the 4th Industrial Revolution and disruptions in the workplace and society. It contains these leaders’ expectations for the future and their recommendations for educational change. More significantly, it contains insights on how to anticipate and plan for these disruptions and their ramifications for the future wellbeing of Singaporeans.
Read More >
Story
A Journey in Fostering Positive Wellbeing through Positive Education
Chung Cheng High (Yishun) embarked on the journey of Positive Education in mid-2019 with the main objective of promoting positive wellbeing and to foster a positive school climate and culture.
Read More >
FAQ
What Are Positive Learning Dispositions, Habits of Learning and Learning Mindsets?
Learning dispositions, or habits of learning, are the different characteristics with which children approach the learning process. More specifically, some have referred to dispositions as enduring habits of mind and action, and the tendency to respond to situations in characteristic ways.
Read More >
Insight
Pursuing Wholeness
As we look forward to a new school year, my heart is filled with both gratitude and wonder, and a strong sense of pride at the many accomplishments and impact our schools are making in our community.
Read More >
Feature
False Dichotomies In Positive Psychology and How Chinese Philosophy May Help
False dichotomies are evident in conversations around happiness and the good life. “Do I want to be an optimist OR a pessimist?”, “Should I focus on my strengths OR weaknesses?”, “Must I pursue happiness for others OR can I pursue happiness for myself?”. To address such questions, one can consider anchoring on key tenets in the Chinese tradition and applying the science of well-being to take pragmatic steps towards flourishing.
Read More >
Feature
Nurturing Resilience through Ordinary Magic
In a recent article on resilience written for the National Institute of Education’s journal, Dr Imelda Santos Caleon unpacks the complex concept of resilience and provides an overview of the more than five decades of research on this concept.
Read More >
Insight
Psychologically Safe Schools
There have been several global reports on mental health that we have been made aware of and repercussions of which we are observing in our local contexts, of a radical shift in the psychological state of children, teachers and families.
Read More >